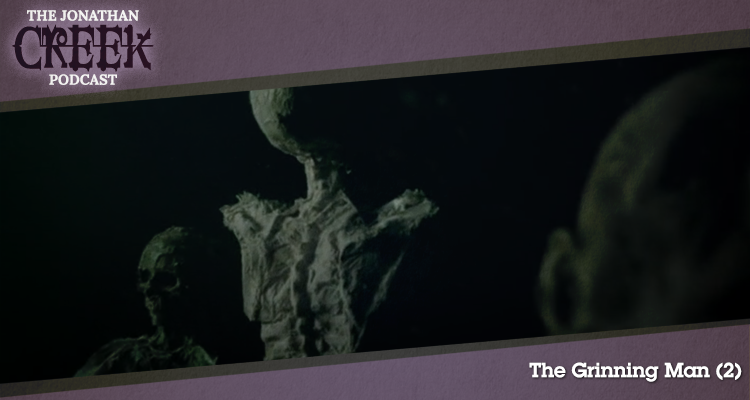 The Grinning Man was the first of three Jonathan Creek specials between the fourth and fifth seasons. In the second half of the episode a woman is murdered before Joey’s eyes and a dead bird gives Jonathan a vital clue. In this podcast Gerry and Iain conclude their look at a classic episode.

In the second half of this episode Jenna Harrison’s Elodie meets a gruesome end at the hands of Lance Gessler (Nicholas Boulton); Delia Gunning (Julia Ford) doesn’t get the happy ending she anticipated; and Candy Mountains (Jemma Walker) has a surprise in store for Adam.