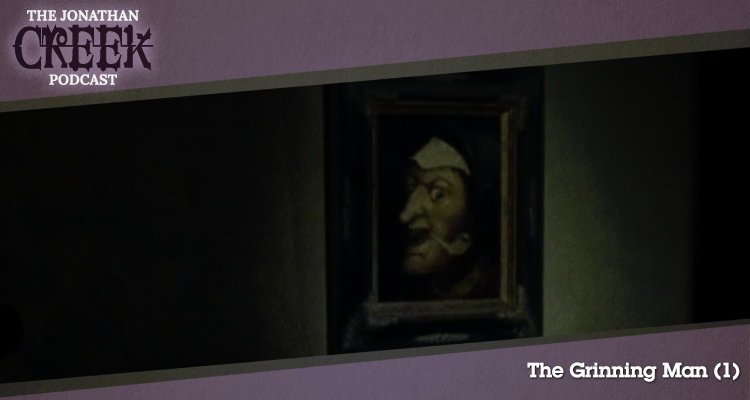 The Grinning Man was the first of three Jonathan Creek specials between the fourth and fifth seasons. When a girl disappears from a supposedly haunted attic, Jonathan must identify an fifty-year-old death trap. In this podcast Gerry and Iain discuss the underrated genius of hanging disturbing art in guest accommodations.

This episode introduces the brilliant Sheridan Smith as new sidekick Joey Ross as she travels with her friend Mina (Naomi Bentley) to a party. Following a breakdown they are rescued by Glen (Ciarán McMenamin) and taken to the home of Lance Gessler (Nicholas Boulton) and his mother Constance (Judy Parfitt) where they learn about a haunted attic that has claimed the lives of multiple guests since the time Constance’s father Jacques Futrelle (Jon Campling) owned the property. When Mina disappears after spending the night in the room Joey begins to investigate and Constance calls on Jonathan for aid.