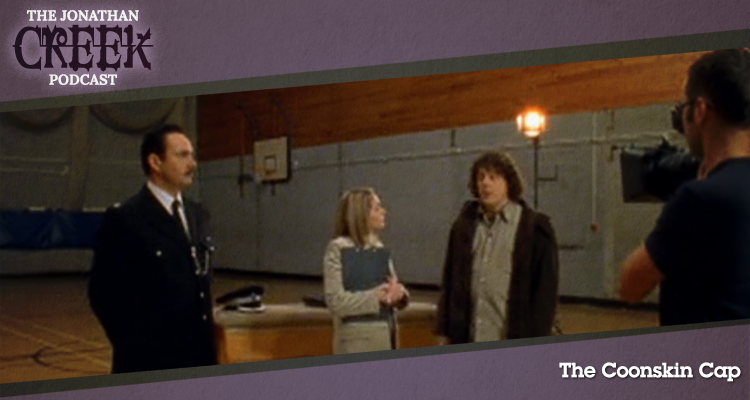 The Coonskin Cap was the first episode of Jonathan Creek‘s fourth season. Jonathan and Carla are reacquainted over an apparent serial killer with a flair for the dramatic. In this podcast Gerry and Iain take a look at deceptive appearances and working with your ex.

The Coonskin Cap was written by the show’s creator, David Renwick. Christine Gernon directed, while Verity Lambert remained as producer.