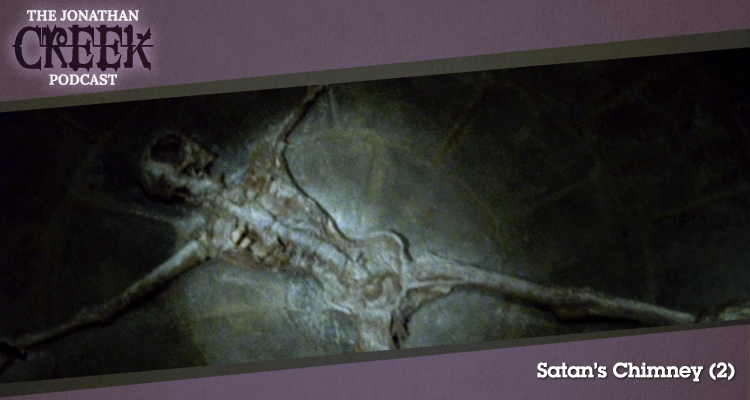 Satan’s Chimney was the 2001 Christmas Special episode of Jonathan Creek. The special featured a curious vindictive religious zealot and a tragically complicated mother-son relationship. In this podcast Gerry and Iain take a look at the second half of the episode and a mystery unravelled.

Jonathan and Carla (Julia Sawalha) face up to the death of Alan Kalanak (Jay Benedict) on top of that of Vivian Brodie (Mary Tamm). Meanwhile Tom (Elliot Cowan) comes to terms with his role in Viv’s death and his place in the world.

Satan’s Chimney was again written by the show’s creator, David Renwick. Sandy Johnson made a pleasing return as director while Verity Lambert remained as producer.

Satan’s Chimney was released in 2001. It is 120 minutes long and originally aired on the BBC. The episode is strangely missing from Netflix in the UK and Ireland, but the entire series is available on DVD in the UK and other countries, including a comprehensive box set of all the episodes up until Christmas 2016, released by the BBC.