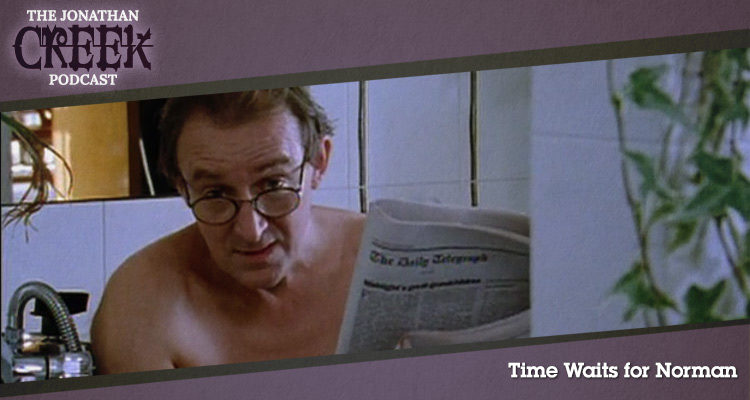 Time Waits for Norman was the second episode of Jonathan Creek’s second season and featured some timey-wimey, two-places-at-once shenanigans. In this podcast Gerry and Iain take a look at a life so rich two people want to live it at once.

Time Waits for Norman was again written by the show’s creator, David Renwick. Sandy Johnson remained in charge behind the camera, while Verity Lambert continued as producer.

Time Waits for Norman was released in 1998. It is 49 minutes long and originally aired on the BBC. An abridged edition can be viewed on Netflix in the UK and Ireland and the original cuts are available on DVD in other countries, including a comprehensive box set of all the episodes up until Christmas 2016, released by the BBC.