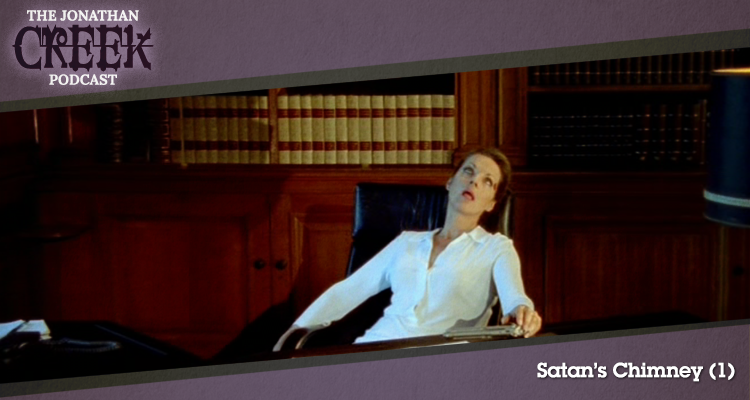 Satan’s Chimney was the 2001 Christmas Special episode of Jonathan Creek. The special featured a mysterious castle and a seemingly-impossible locked room murder. In this podcast Gerry and Iain take a look at the first half of the episode and some unchivalrous behaviour from Jonathan.

Satan’s Chimney was again written by the show’s creator, David Renwick. Sandy Johnson made a pleasing return as director while Verity Lambert remained as producer.

Satan’s Chimney was released in 2001. It is 120 minutes long and originally aired on the BBC. The episode is strangely missing from Netflix in the UK and Ireland, but the entire series is available on DVD in the UK and other countries, including a comprehensive box set of all the episodes up until Christmas 2016, released by the BBC.