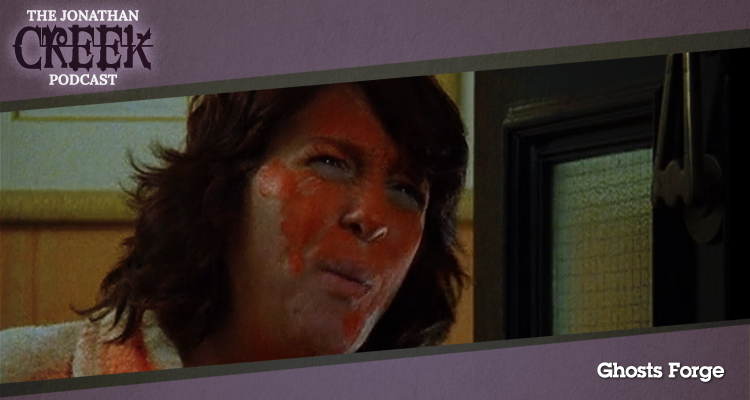 Ghosts Forge was the fourth episode of Jonathan Creek’s third season. This episode featured a novelist, a shrine and a bad case of amnesia. In this podcast Gerry and Iain take a look at the ethics of tricking a person with no memory into living a life you’ve created for them.

Ghosts Forge was again written by the show’s creator, David Renwick. Richard Holthouse directed the first of his three episodes while Verity Lambert remained as producer.

Ghosts Forge was released in 1999. It is 50 minutes long and originally aired on the BBC. The episode can be viewed on Netflix in the UK and Ireland and the entire series is available on DVD in the UK and other countries, including a comprehensive box set of all the episodes up until Christmas 2016, released by the BBC.